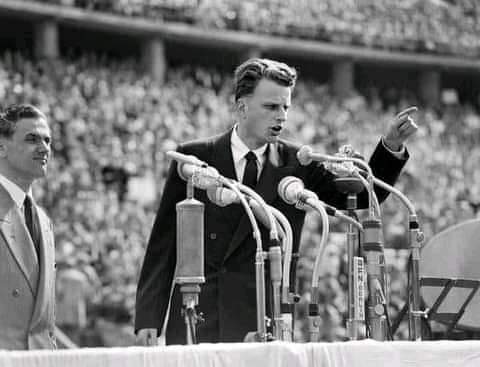 July 16, 2021 Author by The MessengerPosted in Featured Post, Messenger Articles, The Message

After reading Evangelist Billy Graham’s biography, I saw clearly the simple lifestyle he chose which made him avoid the scandal of abuse of wealth.

He was very influential and powerful but he never used it to advance personal gain.

He rejected several offers from Presidents and World leaders hence he remained relevant to all American Presidents during his lifetime.

Any donations World leaders offered to him were channeled to his Foundation which was always at the forefront of responding to humanitarian crisis.

Billy Graham and his wife lived in a little simple house on the hill.

They chose that place to avoid always being followed by people who always came around their house to look and peep inside.

At least you have to climb up to get to where they were.

But it was a very simple house and he lived in it and from there touched the world with the gospel.

He put in place a financial system that separated him from abusing the Ministry finance.

He never had scandals on money issues.

He never had scandals with women too.

He kept the principles and policies in place that helped him avoid it.

Billy Graham is my role model on the kind of simple lifestyle I have chosen to pursue.

I encourage every young Minister to do same.

I pray that God will grant us grace to abide faithful to this choice till the end in Jesus name amen.