January 25, 2021 Author by The MessengerPosted in Featured Post, Messenger Articles, The Message

“After this I beheld, and, lo, a great multitude, which no man could number, of all nations, and kindreds, and people, and tongues, stood before the throne, and before the Lamb, clothed with white robes, and palms in their hands; And cried with a loud voice, saying, Salvation to our God which sitteth upon the throne, and unto the Lamb. And all the angels stood round about the throne, and about the elders and the four beasts, and fell before the throne on their faces, and worshipped God, Saying, Amen: Blessing, and glory, and wisdom, and thanksgiving, and honour, and power, and might, be unto our God for ever and ever. Amen. And one of the elders answered, saying unto me, What are these which are arrayed in white robes? and whence came they? And I said unto him, Sir, thou knowest. And he said to me, These are they which came out of great tribulation, and have washed their robes, and made them white in the blood of the Lamb. Therefore are they before the throne of God, and serve him day and night in his temple: and he that sitteth on the throne shall dwell among them. They shall hunger no more, neither thirst any more; neither shall the sun light on them, nor any heat. For the Lamb which is in the midst of the throne shall feed them, and shall lead them unto living fountains of waters: and God shall wipe away all tears from their eyes.”
‭‭Revelation‬ ‭7:9-17‬ ‭KJV‬‬

The scripture above shows how the Church triumphantly marched out of the great tribulation. This doesn’t tell of a group of people that missed the rapture. It says ‘These are they which came out of the great tribulation….’ by the logic of those who preach pre-tribulation, they say that the Holy Spirit will be withdrawn and so those left will have to save their lives with their own blood….but that case is not true for these saints, the Bible says that their robes were washed by the Blood, so their salvation was not on account of their blood but on the blood of the Lamb. Then, another question that comes to mind is this; if this group of believers were the second batch, then where are the first batch? Where is their flight recorded?….Listen, all believers will go at once and it will be immediately after the tribulation;

“Immediately after the tribulation of those days shall the sun be darkened, and the moon shall not give her light, and the stars shall fall from heaven, and the powers of the heavens shall be shaken: And then shall appear the sign of the Son of man in heaven: and then shall all the tribes of the earth mourn, and they shall see the Son of man coming in the clouds of heaven with power and great glory. And he shall send his angels with a great sound of a trumpet, and they shall gather together his elect from the four winds, from one end of heaven to the other.”
‭‭Matthew‬ ‭24:29-31‬ ‭KJV‬‬

There is a difference between the tribulation and the wrath of God.

“Fear none of those things which thou shalt suffer: behold, the devil shall cast some of you into prison, that ye may be tried; and ye shall have tribulation ten days: be thou faithful unto death, and I will give thee a crown of life.”
‭‭Revelation‬ ‭2:10‬ ‭KJV‬‬

“And the third angel followed them, saying with a loud voice, If any man worship the beast and his image, and receive his mark in his forehead, or in his hand, The same shall drink of the wine of the wrath of God, which is poured out without mixture into the cup of his indignation; and he shall be tormented with fire and brimstone in the presence of the holy angels, and in the presence of the Lamb: And the smoke of their torment ascendeth up for ever and ever: and they have no rest day nor night, who worship the beast and his image, and whosoever receiveth the mark of his name.”
‭‭Revelation‬ ‭14:9-11‬ ‭KJV‬‬

The Devil is the one in charge of the great tribulation and it is targeted against the saints;

“And it was given unto him to make war with the saints, and to overcome them: and there was given to him authority over every tribe and people and tongue and nation.”
‭‭Revelation‬ ‭13:7‬ ‭ASV‬‬

The one who is in charge is the beast and not the Lord, in fact the Lord promises to make those days short so the elect may not be deceived;

“for then shall be great tribulation, such as hath not been from the beginning of the world until now, no, nor ever shall be. And except those days had been shortened, no flesh would have been saved: but for the elect’s sake those days shall be shortened.”
‭‭Matthew‬ ‭24:21-22‬ ‭ASV‬‬

God is in charge of the WRATH and it is channeled against His enemies, those that followed the beast and received his mark.

Many misunderstand the scripture in 1Thes 5:9, that scripture talks about the wrath of God and not the the great tribulation;

“For God appointed us not into wrath, but unto the obtaining of salvation through our Lord Jesus Christ,”
‭‭1 Thessalonians‬ ‭5:9‬ ‭ASV‬‬

The scripture below shows explicitly those who are appointed for the wrath;

“And I heard a great voice out of the temple saying to the seven angels, Go your ways, and pour out the vials of the wrath of God upon the earth. And the first went, and poured out his vial upon the earth; and there fell a noisome and grievous sore upon the men which had the mark of the beast, and upon them which worshipped his image.”
‭‭Revelation‬ ‭16:1-2‬ ‭KJV‬‬

The wrath has a targeted public and they are the enemies of Christ. When we understand the difference between the great tribulation and the wrath of God, the confusion about eschatology will end.

Some people confuse the illustration of the days of Noah and the great tribulation. The days of Noah with regards to the coming of the Lord reveals how adamant people will be with regards to the truth, they will believe in a lie and continue in the system of the world. It reveal a particular characteristic that will be prevalent on the earth before the son of Man comes, some will be partying and marrying etc. The flood is a typology of the wrath of God which will befall the rebels. During Noah’s 100 years of building the arc, he suffered serious persecution….this should be noted. He denied the ways of the world;

There is no place in the Bible that reveals that believers will not see the great tribulation….not one verse.

Rev 20:4-5 also shows that believers will see the era of the Mark. See this;

“And I saw thrones, and they sat upon them, and judgment was given unto them: and I saw the souls of them that were beheaded for the witness of Jesus, and for the word of God, and which had not worshipped the beast, neither his image, neither had received his mark upon their foreheads, or in their hands; and they lived and reigned with Christ a thousand years. But the rest of the dead lived not again until the thousand years were finished. This is the first resurrection.”
‭‭Revelation‬ ‭20:4-5‬ ‭KJV‬‬

This is very clear for those who are open to understand.

After the rapture, the wrath of God will come upon the earth. Satan and his hosts will be bound for 1000 years and then the Church will domicile with Christ In Jerusalem. Those who escaped and did not take the mark will live normally all over the nations and will take tithe to Christ in Jerusalem yearly during the feast of the tabernacle.

The feast is different from the one which was exclusive to Israel: Deut 14:25

After this 1000 years, Satan will be released and he will deceive many:

“And when the thousand years are expired, Satan shall be loosed out of his prison, And shall go out to deceive the nations which are in the four quarters of the earth, Gog and Magog, to gather them together to battle: the number of whom is as the sand of the sea. And they went up on the breadth of the earth, and compassed the camp of the saints about, and the beloved city: and fire came down from God out of heaven, and devoured them. And the devil that deceived them was cast into the lake of fire and brimstone, where the beast and the false prophet are, and shall be tormented day and night for ever and ever.”
‭‭Revelation‬ ‭20:7-10‬ ‭KJV‬‬

“And I saw a great white throne, and him that sat on it, from whose face the earth and the heaven fled away; and there was found no place for them. And I saw the dead, small and great, stand before God; and the books were opened: and another book was opened, which is the book of life: and the dead were judged out of those things which were written in the books, according to their works. And the sea gave up the dead which were in it; and death and hell delivered up the dead which were in them: and they were judged every man according to their works. And death and hell were cast into the lake of fire. This is the second death. And whosoever was not found written in the book of life was cast into the lake of fire.”
‭‭Revelation‬ ‭20:11-15‬ ‭KJV‬‬

After this the new heaven and the new earth will emerge and God will dwell with man forever. See even then, we are still called men;

“And I saw a new heaven and a new earth: for the first heaven and the first earth were passed away; and there was no more sea. And I John saw the holy city, new Jerusalem, coming down from God out of heaven, prepared as a bride adorned for her husband. And I heard a great voice out of heaven saying, Behold, the tabernacle of God is with men, and he will dwell with them, and they shall be his people, and God himself shall be with them, and be their God. And God shall wipe away all tears from their eyes; and there shall be no more death, neither sorrow, nor crying, neither shall there be any more pain: for the former things are passed away. And he that sat upon the throne said, Behold, I make all things new. And he said unto me, Write: for these words are true and faithful. And he said unto me, It is done. I am Alpha and Omega, the beginning and the end. I will give unto him that is athirst of the fountain of the water of life freely. He that overcometh shall inherit all things; and I will be his God, and he shall be my son. But the fearful, and unbelieving, and the abominable, and murderers, and whoremongers, and sorcerers, and idolaters, and all liars, shall have their part in the lake which burneth with fire and brimstone: which is the second death. And there came unto me one of the seven angels which had the seven vials full of the seven last plagues, and talked with me, saying, Come hither, I will shew thee the bride, the Lamb’s wife.”
‭‭Revelation‬ ‭21:1-9‬ ‭KJV‬‬ 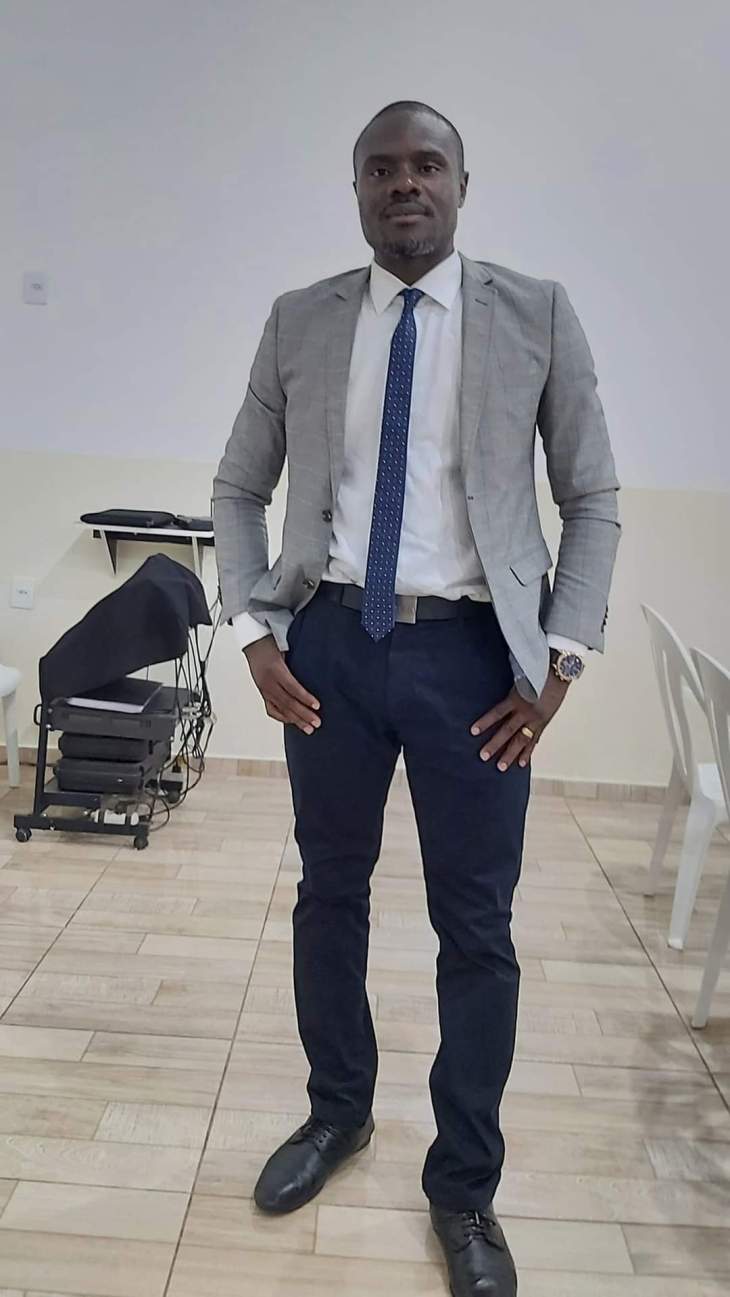