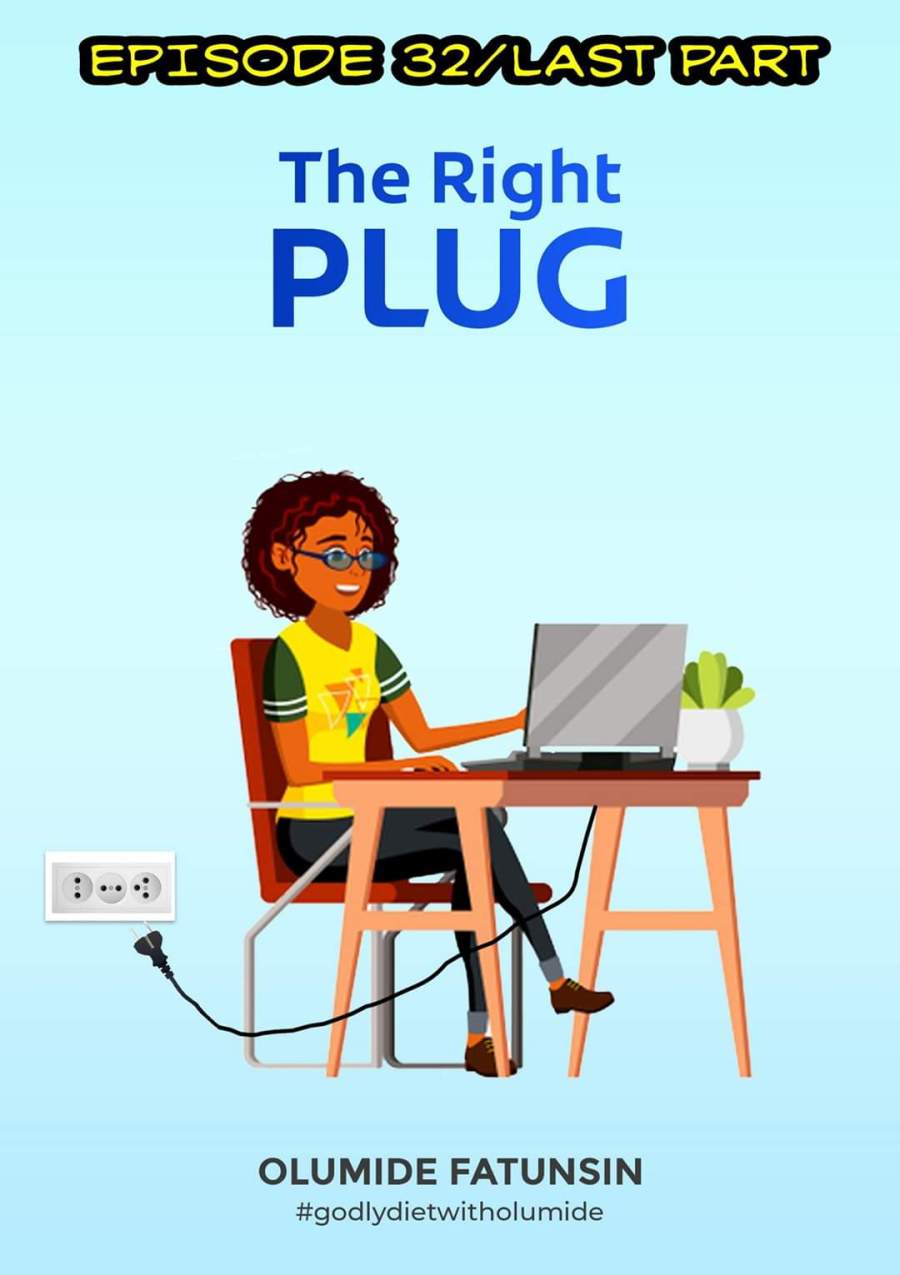 We were still talking when she received a call. It was unusual to receive a call at such time of the night. After the call, she turned to me and said,

“He is missing me.” my aunt smiled.

“So, Pastors are romantic too?” I said jokingly.

“Rebecca, I have tasted the world and God has given me a rare privilege to experience genuine love. Surely, there is a big difference. True love exists between believers destined to be married in holy matrimony.” She said looking straight into my eyes.

I knew she was talking from experience. She had repeatedly told me there was no true joy in living in sin. I agreed with her assertion because my experience with Liam and Rafa revealed the only gifts the devil could offer. Also, my experience with Claire and the terrible dreams could be traced to my stubborn refusal to yield to the Lordship of Jesus Christ. Nadia once told me after our Bible study with Lihua, our Chinese convert that the passion with which I encouraged her to stay with Jesus showed my earnest desire. I told her my regrets for wasting my time in sin before I gave my life to Jesus. I had thought a life with Jesus would be boring but I saw the difference and I’m enjoying peace and joy with Jesus. We went to sleep at midnight after praying for the wedding, families, church and ourselves.

The spring season welcomed my parents and we went to receive them at the airport. It was a happy reunion after some months I had left Nigeria. I jokingly teased my father that he had added weight and looked like one of our former local government chairmen. Hon Temitope came on board as a thin man but added pounds of flesh after his tenure and that earned him, “Baba Jeunsoke” (Baba has stepped up). After hugging them, I told my mother her husband would be called “Baba Jeunsoke” but he quickly praised her for taking care of him and my mother looked beautiful too.

“When there is love, understanding, openness, respect for each other and Jesus Christ in the marriage, peace of mind and joy will be the result.” My father said as he posed with my mother before the camera.

“And Baba Rebecca and his beautiful wife can now say cheese…cheese…” I said to my joyful parents who were full of thanks for God’s goodness in our lives.

We arrived home and it was a great family banquet as my aunt spoiled them with assorted foods and drinks. Our saliva almost dried up talking about our experiences and the faithfulness of God.

“Mama Bolanle will be getting married in December” My mother told me beaming with smile.

I jumped up for joy and exclaimed, “Getting married to Bro Martins!”

“Rebecca, how did you know?” My mother asked surprisingly.

“I knew it. I noticed the way he used to watch Mama Bolanle whenever they came to our house for Bible study. I knew it. Thank you Jesus!” I said with joy.

Bolanle never knew my mother had told me how Miss Blessing Adams adopted her and she had since been called,” Mama Bolanle”.

“It pays to serve Jesus. God gave her a husband in the course of doing God’s assignment. God never owes anyone. In fact, we never knew Bro Martins came to our town as a missionary. He is a chartered accountant and owns a company in Lagos.” My mother narrated.

“He has even promised Sister Blessing that he would take care of Bolanle as his own daughter. This can only be God and we return the glory to him.” My mother concluded as we praised God for His faithfulness.

Pastor Samuel, Ruth and two other brethren came to visit my parents the following day. Pastor Samuel testified that God really chose my aunt for him and promised to fulfill his responsibility. After one week, Pastor Samuel’s parents arrived from Kenya barely a week to the wedding. It seemed the whole of Africa attended the wedding because of the various nationalities from other churches who graced the occasion. Pastor Mike from Munich officiated with other ministers in attendance. My parents and his parents looked graciously when my aunt and Pastor Samuel were pronounced husband and wife before the congregation. Even Eunice and her friend were in attendance. It was a glorious day indeed and my aunt couldn’t control her tears of joy.

Nadia, Lihua and I were busy attending to our guests and the dutiful church members weren’t left out. Nadia’s parents scored Pastor Samuel the highest marks for his dancing skill but Nadia and I gave my aunt the highest marks and Pastor Samuel’s father gave the trophy of clap offering to my aunt which sealed her victory. The tired couple were whisked away to their hotel by overzealous brethren citing that they needed to rest. It was a beautiful wedding ceremony and we committed their marriage into the hands of the Almighty God, who instituted marriage.

Ruth and I had decided to find an accommodation but my aunt pleaded with us to take over her house. My parents stayed with us for two months before returning to Nigeria. We really had time to explore the city of Frankfurt and drank from their well of wisdom. Nadia and I got our scholarships to study at Goethe University, Frankfurt. She was admitted to study Economics and I chose to study Computer science. Nadia’s parents, Pastor Samuel and my aunt contributed financially and we owed them our gratitude.

After a year, my aunt gave birth to a set of twins, a boy and a girl. It was a miracle as she almost died but God proved his mighty power to save. Nadia and I continued with our courses and waxed strong in the Lord and reaching the lost through our drama tracts and academic tutorials. One of my professors told me that he respected Africans studying in Germany because of their excellent track records and also praised my academic progress.

Deaconess Sharon with the help of other women began to win the prostitutes from the red zones and other places into the kingdom of God. Mrs Cole got my contact from my mother to testify how God restored her husband and established her sons in the Lord. She said Claire died shortly after giving her life to Jesus. It was a mixed feeling for me what I heard about Claire but I thanked God she found her Saviour at last. My mother informed me that Mr Babajide’s wife almost ran mad when her husband put one of her friends in the family way. It took God’s intervention and my parents to avert her evil plan to commit suicide.

My parents started a small business with the help of my aunt and her husband. It was in my final year when Tayo and I met Liam in a museum. Tayo Cole came to do his Masters course and we were in the museum to refresh our knowledge. Without saying a word to him, Liam came to me and asked for forgiveness. I was surprised and asked if he was a Christian but he replied he wasn’t. He said his wife believed in God but he preferred to remain a free thinker. He further said it’s a normal thing to do. I gave him one of the tracts in my bag titled “Ewigkeit” (Eternity) and we left.

To the glory of God, Nadia and I graduated with flying colours. Tayo Cole was the son of Mrs Cole, who accommodated me for two days in Lagos when I went to apply for my German visa. During his Masters program, our spiritual and physical chemistry clicked and the Lord Jesus was involved. Some years before, I had gone to apply for German visa by staying in their house but he now applied for martial visa in Germany around Westend campus in Frankfurt. I had already told my aunt and her husband about him and they had prayerfully guided me.

On that glorious day, I had waited for him at the Westend Campus to give my answer to his proposal. He had worn his jacket because of the mild cold and I rose up to meet him when I saw him coming to the designated place. He tried to read my eyes as I stood before him. He stared at me like a prince waiting to be crowned a king and I blinked my eyes like a princess waiting to be betrothed to her charming Prince.

“My answer is Yes!” I said shylishly.

He removed his jacket and shouted for joy,

I stood there smiling and he said something that sealed my love for him,

“Sister Rebecca, Jesus is truly the right plug to fit into all areas of our lives. In this new journey, Jesus will guide our feet and keep us in His love.”

“Amen!” I said still looking at his handsome face.

He held my hands and thanked God for His faithfulness and his promise to use us for greater assignments in His kingdom. We began to move toward the
U – bahn (Underground train station) thanking God for all He had done for us and for what He would still do…

To God be the glory for enabling me to write this story for the past 34 days.

Beloved, have you been blessed through this story?

Share your thoughts, comments and the lessons you have gained.

If you have not given your life to Jesus Christ, please give him a chance in your life. He loves you! 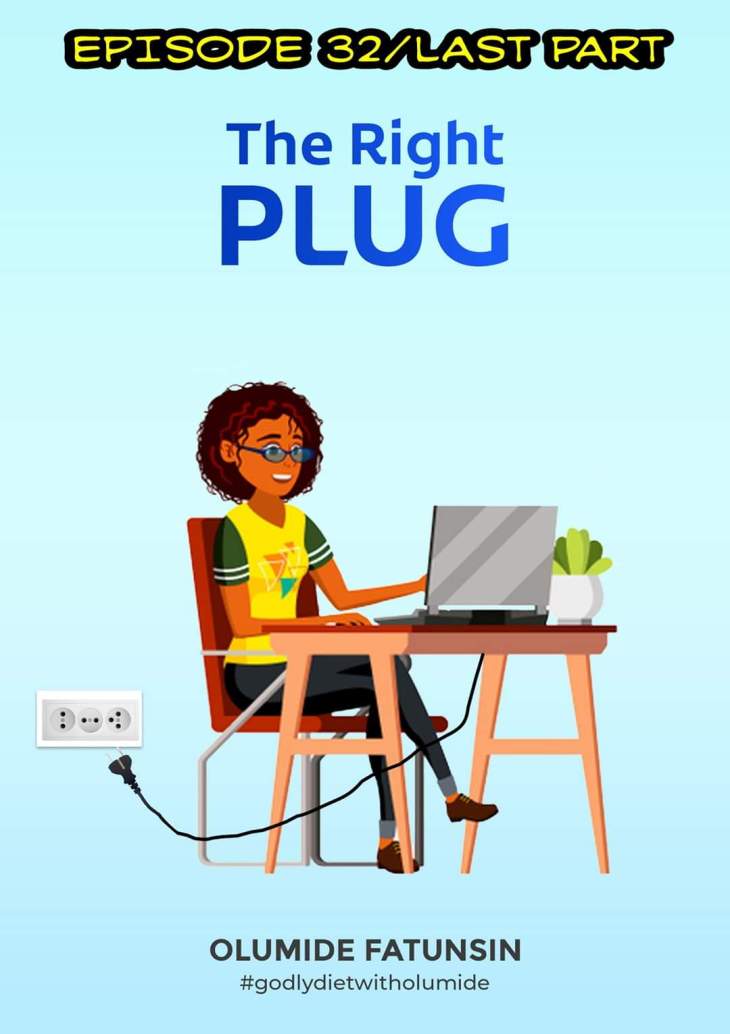