As I was about to unwrap it, I found something else hidden beside his bag. As I picked up the photo, I saw my father with a boy who resembled him. I wiped my face to be sure of what I saw. The set of teeth and the smiling face were the same. I began to gaze at the picture while my mind was busy trying to recollect any mention of other child in our family. I lost interest in the gift but kept it by my side as I sat on the bed.

I kept looking at the picture to be sure whether it was real or not. When I heard the footsteps of my father, I quickly hid the photo and feigned a smile to appreciate the smartphone he bought for me.

“Do you like it, Rebecca?” He asked me with a broad smile.

“Of course! You are the best dad in the world. Thank you so much.” I managed to say as I hid the photo under the wrapper.

I went to show it to my mother who was already on the phone with her mother. My grandmother loved to check on us which has really foster the relationship between my parents and me in particular. She hardly visited us without buying my favourite “Adun”, a savoury snack of Yoruba origin which is a mixture of grounded roasted maize and palm oil. I loved it and would be looking forward to her next visit to bring more. Her storytelling style was something I looked forward to whenever she visited and has helped my moral life greatly.

Whenever she spoke on the phone in our local dialect, I knew she was speaking with grandma. Without taking permission, I collected the phone from her to greet grandma. The strong voice of yesteryears was beginning to wane as I tried to cheer her up. She prayed for me and promised to see me before going to the great beyond. I quickly rejected her confession.

“Mama, won’t you attend my wedding ceremony? Don’t you want to see your great grandchildren?” I protested calmly.

My mother looked at me as if I was speaking Greek. She has already told me to wait until I finish my University course before thinking about marriage. I waited patiently to hear Grandma’s response,

“Omoladun mi, don’t worry. God will preserve me until then. I have seen many troubles in life. I want to go and rest” I was almost in tears when she talked about death. I remembered how Mama Bolanle used to preach about life after death. I knew I wasn’t prepared for it. I wanted to enjoy life but her preaching about hell fire where sinners would be forever was beyond what I could comprehend. Fear gripped my heart because grandma attended church and always participated in the festival of a local deity. According to Mama Bolanle’s Bible, grandma will not go to heaven unless she accepted Jesus Christ as her only Lord and Saviour.

She was the only one who called me Omoladun and I cherished it. I passed the phone to my mother who was already getting impatient in order not to use all the credit. It was as if I should take a bus to grandma’s town to inquire about the photo I saw and tell her about Mama Bolanle’s description of heaven but I changed my mind. I shed few tears in my room as many questions on my mind begged for answers.

“Are my parents hiding vital information from me?”
.
“Does my father have another wife?”

“Are they my parents?”

The more I tried to answer the questions, the more I got tensed and cried. I looked at my new phone and got an idea. I wiped my tears, dressed up and went together with my mother to the market. On our way back, I bought a sim card from Okafor, one of the popular sellers in our area. My mother noticed my cold attitude but I lied that all was alright. One part of me wanted to ask her about my finding but the other part never agreed.

Later in the evening, my father received a call that changed the atmosphere of our home. He demanded the caller to prove his assertion otherwise, he would take the allegation up. I sat at the dinning table reading a novel while listening to the conversation. I could count the number of holes in the singlet he wore and that has been the bone of contention between my parents. In the area of fashion and dressing sense, my father would score below average. I thought he inherited that awkward lifestyle from one of the characters I was reading in the novel. Mr Robin owned an estate and blessed with beautiful family but took interest in buying secondhand clothes and materials all in the name of spending wisely. .

“Honey! Honey!!” he called my mother.

My mother didn’t allow him to talk before revealing who the caller was.

. “I knew it! Chief Kolawole is a criminal”

“Will you keep quiet? I said, keep quiet!” he roared as if he was talking to a servant.

I stood up immediately when I sensed confusion. In an attempt to explain herself, he silenced her again.

“So, this is what you have been doing in my absence? I can’t believe it. Shameless woman!”

She didn’t respond as she kept on sobbing. I waited to be sure of the crux of the allegation.

“Chief Kolawole? So, my beautiful wife wanted to seduce him? Did I say I will not pay back the loan? Answer me!” he said angrily.

“Dad!” I cried out. I didn’t know where I got the courage to speak.

Both of them looked in my direction.

“Chief Kolawole is a homewrecker and liar” I said with all authority.

“At least, you should have believed your wife and allowed her to defend herself?”

My father was losing balance when he saw my boldness but I wasn’t even sure whether I was the one talking. Something kept pushing me to talk and defend my mother.

“Dad, I hid behind that door early this morning when he was trying to woo my mother. I felt like killing him. How on earth will a supposed chief and a law abiding leader of this town be asking my mother, my own mother to meet him in the hotel to cancel the loan. Why?”

My father quietly sat at the edge of the settee looking like a defeated wrestler. I couldn’t believe my father would surrender in front of his once timid daughter. I held my mother and wiped her tears. It seemed some of her fears vanished immediately I defended her.

“Thank you so much, Rebecca” my mother said as she held me close to her.

“No, I don’t believe you.” he said as he sprang up and went inside the room.

My mother and I held each other when he rushed inside. My mother was about to say something when we heard his loud cry in the room. We ran inside and saw…

To be considered in Episode 6. 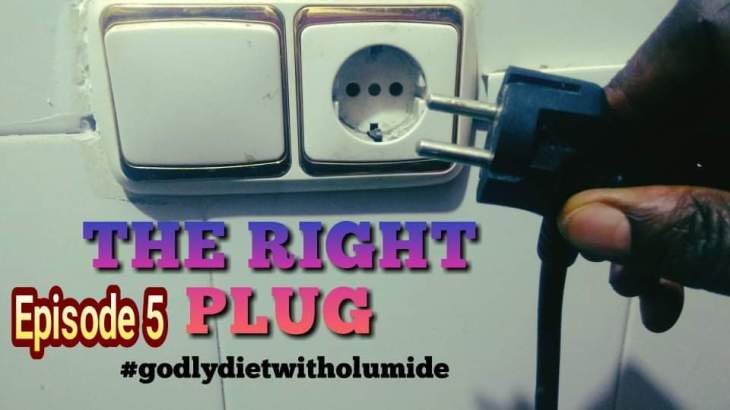