June 1976, my wife and I visited people we regarded as parents in the ministry in a country called UNITED STATES OF AMERICA. We have been in the ministry for years and at that time, what I now call breakthrough hasn’t come. We were struggling, we were trying and every effort we made seems there was no breakthrough. Every effort we made, we try to have financial breakthrough! We had souls, we had membership, we had men and women coming to the church but to make two heads meet wasn’t there.

It was difficult to preach at home, then come to America and see that in a meeting of two thousand people, it will cost them two hundred thousand dollars to put it together, when I can spend two hundred dollars and get twenty thousand people. So, it became very hard for me to think that here(America) is a nation with money and people refused to hear and here(Nigeria) I am with people and there is no money to tell them. We began to pray on what to do.

Then June, 1976, my wife and I went to visit our spiritual parents whom I have known since 1960. While we were there, the Lord led these spiritual father to me to say “Benson, come to the car”, my wife and I went into the car and he began to drive us round and he said the Lord’s want me to be a blessing to you and your wife and that’s the only one thing you don’t tempt me with. When God ask you to bless me, don’t use it to tempt me because I will never say NO! He took us to three wealthiest place(most wealthy, wealthy and the well to do area) and I want you to choose a home of all the homes advertised for sale and our foundation will buy you this home and give you few years to pay us back. But I know the Bible says, lead us not into temptation but these was genuine Holy Ghost temptation and I am going to fall into it.

My wife and I went with them, we did not know which of which is the three area. We started from the well to do area, the first home we saw(four bedrooms basement) looks so beautiful and the home we had at that time was a house. So, we said, we choose this. He said don’t choose yet. He took us to another area, we didn’t know that was the wealthy area, we entered the home(four bedrooms, two guests rooms, two living rooms, music room for children and swimming pool) And I said I choose this. He then took us to the most wealthy area, we came down from the car, went in, and my wife said in our native language “we don’t need the first two” because the house was so beautiful. And I said, “we choose this”. We asked how much? And they said, “1.2m dollars”. The income of our ministry per year was 3000 dollars. Sweat came on me(i like the house but I hate the price). He said, don’t look at the price, the foundation will pay.

Everything was in that house, I could see where my bed was going to be. Finally we had dinner and went to bed.

He said, “I your Heavenly Father”

I said, ”devil, I bind you in Jesus Name, I rebuke you”

He said, ”have you finished?”

I began to cry while speaking in tongues…(I shall not die but live). I touched my wife, “the Lord said we should go home, we shouldn’t take that house, if we stay here, He will kill us” my wife said, “tell Him to talk to me”

I said, “the Lord is serious”

I stood up, went to the room of the man of God and his wife knocking(papa), he said, “yes”,

I said, “the Lord ask me to go or He will kill me”

He said, “are you alright?”

His wife said, “Benson, go and sleep, the excitement is troubling you”

I said, “No, is not excitement, it’s the Lord who says He’s gonna kill me if I don’t leave”.

Honey(his wife), let’s go! Few hours we will die if we stay here. She said, “you may die, not me”. Immediately I left for the airport because I thought I will die by 6am if I didn’t leave. By 5:20am, I got a taxi to the airport. When I arrived New York, I called the man of God(TL. Osborn) to check after my wife, if she is dead.

He gave my wife the phone and I spoke with her. Then, TL. Osborn said to me, “Benson, if you obey God, having seen all you saw and choose to go, the Lord shall honour your faith”

From New York, I flew to London and from London to Lagos. Between New York and London, the Lord said to me, “everything you saw in America that you like, if you go and do what I called you to do in Africa, I shall give them to you and more”

I said, “Lord, how am I going to have a house like the one they wanted to give me and you ask me to go”

He said, “preach me to the world and I will give you more than what you ask for. Go home and do what I raise you for and you shall have more than needed”. When I arrived home, I went to the telephone company to call America and my wife was still alive.

She said, “when are you coming”

I said, “bring my luggage with you when you are returning”.

The next month, I held a crusade and before then, our attendance in any crusade used to be 2000-3000. But the first crusade after that experience is 10,000 20,000. A year later, 100,000 people in our crusade and to the glory of God, I have now stood before one million people several times to proclaim the Gospel. And few years after that experience, the most expensive house that was to kill me is now like one of my guest houses.

God gave us more than what we asked for…. 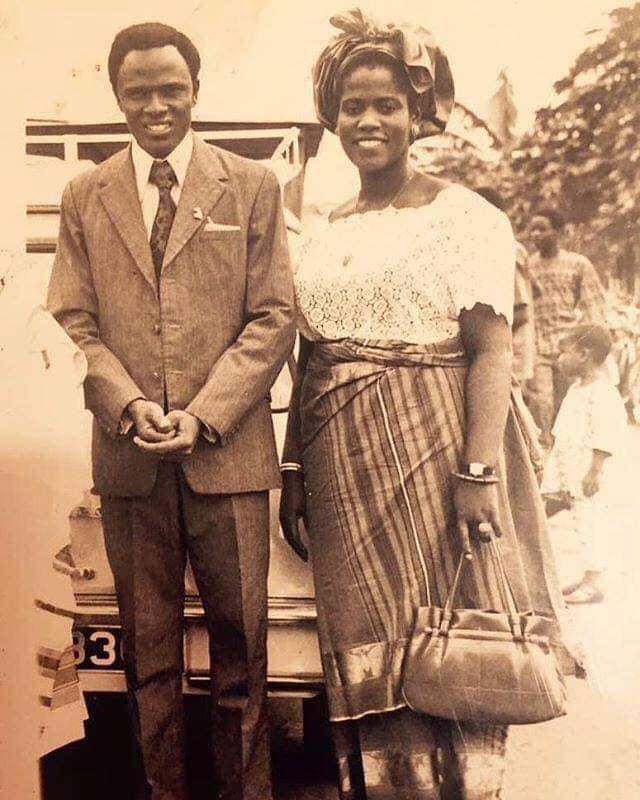 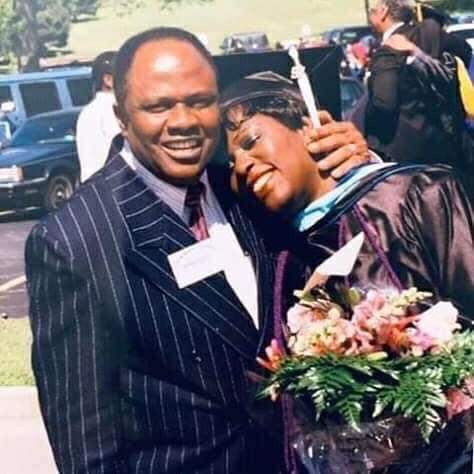