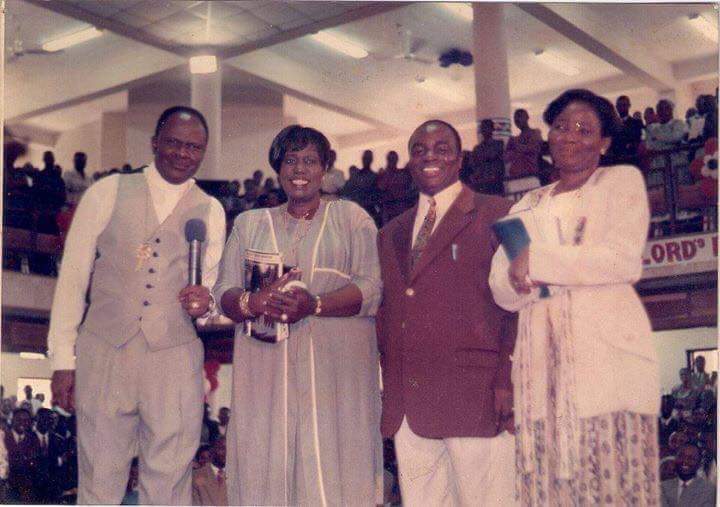 2. Both were born to non-christian fathers.

3.Their mothers were once driven out of her matrimonial home.

4. Their mothers had children who died as babies.

5. They were sickly during their childhood.

6. Their grandmothers sent them to school.

10. Both men of God each recorded a miracle of raising the dead before going into ministry.

12. Both men of God were inspired by his mentor T.L Osborn among others. David Oyedepo was also inspired by Benson Idahosa.

13. Both men of God each paid visits to Pa Sydney Granville Elton at Ilesa after receiving a call into ministry.

16. Both men of God were severely criticized by Archbishop Okogie.

20. Both men have four children.

30. Both men of God each once made news headlines while confronting witches.

32. Both men are fondly called ‘PAPA’ by worshippers of their respective churches.

33. Both men of God were each attacked at home by armed robbers, they engaged them in a verbal duel and the robbers fled.

34. Both men always slept an average of 4 hours daily.

35. Benson Idahosa’s wife, Margaret once passed on, and it took her husband and children’s prayers to raise her up. David Oyedepo’s wife, Faith, once lost the use of her limbs and was later reported dead,it took the prayers of her husband, family and friends to get her back on her feet.

36. Both men sponsored hundreds to thousands of children to school on scholarship.

38. Benson Idahosa started to give a tithe of 90% of his monthly income in the 80s. David Oyedepo stopped receiving a salary in 1988.

40. In 1986, Benson Idahosa announced at a crusade that his son, David Oyedepo would do greater works than him. On the departure of Benson Idahosa in 1998, funds were needed to keep paying the Christian Faith University (later Benson Idahosa University) staff salary, David Oyedepo came to the rescue and paid the salaries till the university stabilized,in that period, he received inspiration to start Covenant University which is now one of the most prominent universities in Nigeria.

Courtesy: Rcc Restoration for All Nation